Nancy van de Ven has been crowned World Champion at the fifth and final round of the FIM Women’s Motocross World Championship in Afyonkarahisar, Turkey. The 24-year-old Dutch wonder-woman arrived with a 25-point lead in the series and did exactly what she needed in the final two races to secure her maiden world title with a 6-8 finish for eighth overall. Fellow Yamaha stars Larissa Papenmeier and Lynn Valk put in stellar rides to finish second and fourth at the Turkish round. That was enough for Valk to secure the championship silver medal and Papenmeier the bronze, making it a total “blue-wash” of the top-three positions for Yamaha. As a result, Yamaha has claimed the WMX Manufacturer’s world title for the seventh time in the past 11 years.

The FIM Women’s Motocross World Championship was introduced in 2008 and has since seen five different World Champions. Van de Ven is the second World Champion for Yamaha, after Kiara Fontanesi celebrated six titles aboard a YZ250F between 2012 and ‘18, and is the first WMX World Champion to hail from The Netherlands.

Confirming the strength of the YZ250F, Yamaha also wrapped up its seventh WMX Manufacturer’s title thanks to the combined efforts of van de Ven, Valk and Papenmeier. Throughout the five rounds of the WMX World Championship this season, van de Ven celebrated one Grand Prix victory, two race wins and four podium finishes. At the same time, Valk celebrated three race wins, one round win, and two podium finishes to finish as the 2022 series runner-up. Papenmeier made her first podium appearance of the season this weekend to clinch her fifth championship bronze medal. 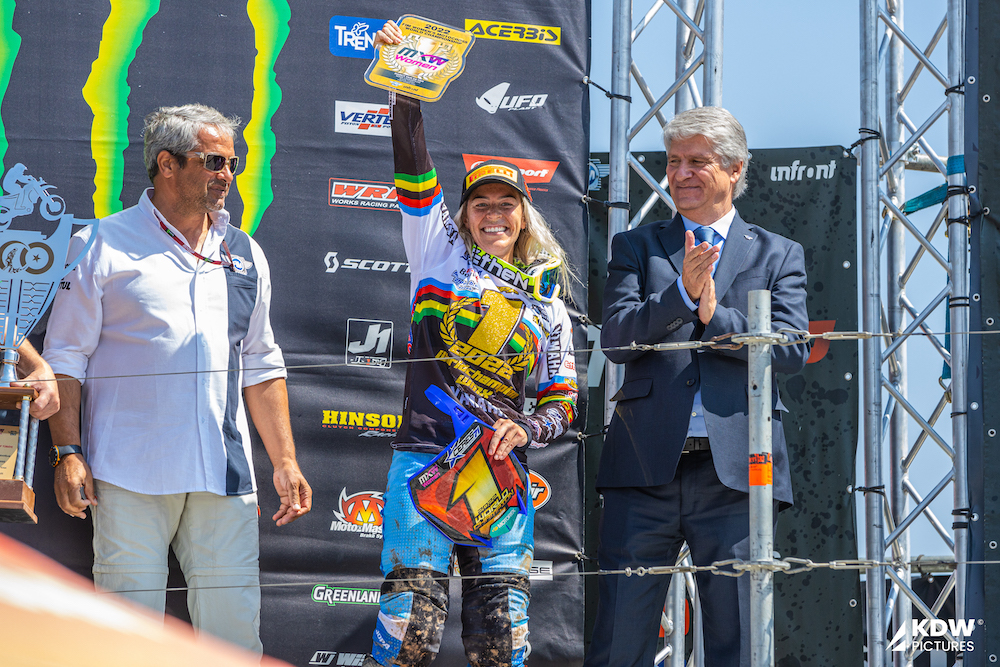 Nancy van de Ven FIM WMX World Champion “I have been dreaming of this moment for so long. This has been my goal for as long as I can remember, and what I have been trying to achieve for so many years. So many times, I have come close, and it just did not work out for one reason or another. Now, I have finally won the title, and it feels so good to have achieved the biggest goal I have ever set for myself. I am just so happy!”